Hundreds of students from across the Lower Mainland took to the streets of downtown Vancouver May 3, marching for action on climate change as part of the Climate Strike movement. Photo Dan Toulgoet

In 2019, Vancouver City Council declared a Climate Emergency as we're experiencing the growing impacts of the climate crisis and at risk of greater challenges as the planet continues to warm.

We know that over 1200 jurisdictions worldwide have declared a climate emergency, committing to accelerating our climate actions and reducing our carbon emissions. As the city of Vancouver, we can set an example for the world. Now is the time to take bold action and accelerate our efforts in response to the climate crisis.

The City of Vancouver hosted Bold Actions for a Climate Emergency at the Orpheum Theatre featuring live music, presentations, and personal reflections from experts and thought leaders about the urgency and scale of the climate crisis. Feb 3, 2020

Council declared a Climate Emergency in 2019 as we’re experiencing the growing impacts of the climate crisis and we’re at risk to greater challenges as the planet continues to warm.

Through the Greenest City Action Plan, we cut our carbon pollution by 12% (between 2007 and 2018), while increasing the number of green jobs by 35%. We now need to accelerate our actions and reduce carbon emissions five times faster than before. 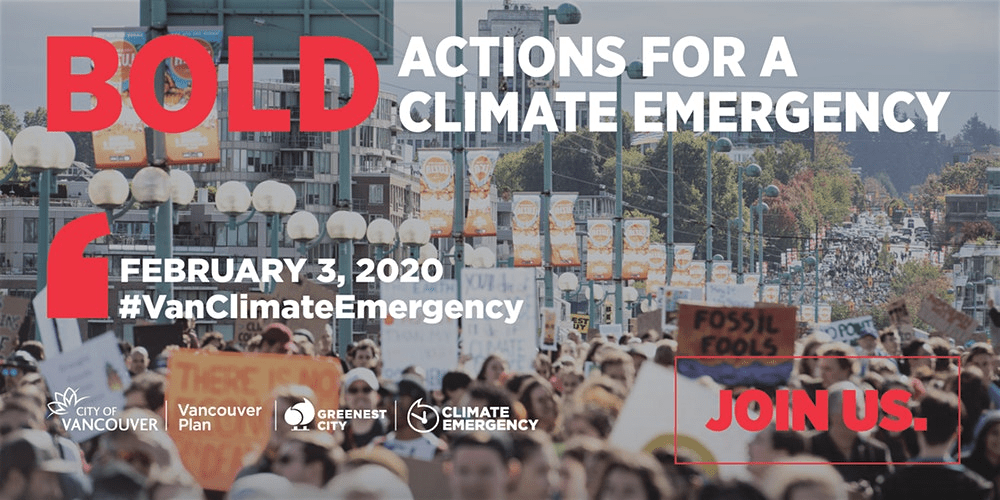 As we build the new Climate Emergency Action Plan, we'll use our solid foundation and integrate climate preparedness measures. We're also forming an Equity Working Group to ensure that equity has a central place in the City’s climate and sustainability work moving forward.

“We have to be unequivocal about it, because there seems to be a debate about whether this is true or not. So, let’s be unequivocal that what is happening on these lands is genocide. The ongoing occupation of these lands, the denial of indigenous jurisdiction, and the approval of Trans Mountain expansion, which will also come with man camps on [indigenous] territory are all acts of ongoing genocide.”

A Green New Deal for Vancouver

Wendy Vanguard found new joy by shifting her focus to her family, personal creative projects, and giving back to her community through mentorship. Throughout a lifetime of unexpected turns, struggles, and successes, Wendy rediscovered an inner resilience.

Help tell the stories of the invisible creative collective, the builders, who are doing the work of transformation.